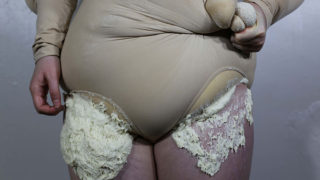 Abstract: I paint still lifes. Models frighten me. The sluts are always watching to catch you off your guard. You’ve got to be on the defensive all the time and the motif vanishes.

-Cézanne, on the difficulties of being an artist

My research explores the historical domination of women’s bodies, and the patriarchal signs placed on them, by situating painterly acts on my body. Accordingly, the use of my body offers a counter-narrative that opposes the use of the female body in modernism, in which the female body has been traditionally owned and controlled by a conventionally male artist who gains his authenticity and autonomy by way of the masculine discourse of art-history. By producing corporeal works that engage the female body, I offer a point of difference that better situates the patriarchal structures that dominate the West, thereby opening up the possibility of encountering the implications of feminine action painting. 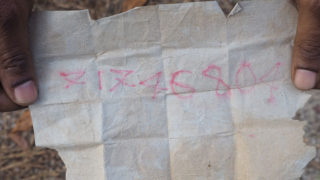 Title: Mobile Phone Number on a Timeworn Piece of Paper

Abstract:  The image shows a farmer’s son’s phone number written on a piece of paper for him. To call his son he can easily borrow a phone from relatives, thus avoiding the high serviceability costs of mobile phone ownership. Meanwhile, he misses out on accessing vegetable market information. My research argues that despite its high uptake as a means of communication, the mobile phone’s development potentials have not been fully realised yet; the image encapsulates the idea that illiteracy and scarcity of capital are the major barriers to using the mobile phone as a development tool to improve livelihoods, the end. 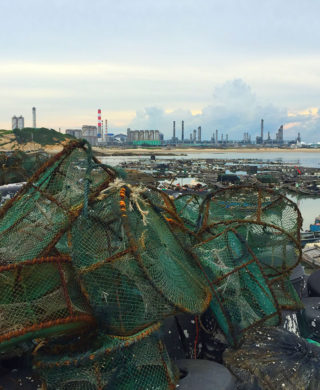 Abstract:  My PhD research topic is visual social media and vernacular responses to environmental issues in China. I took this photo by iPhone in Gulei in December 2015. Once, Gulei was a well-off fishing village with a beautiful beach in south eastern China, however, the fortune of local residents was changed after the Paraxylene (PX) petrochemical plant was built nearby. Despite this local residents made huge efforts to resist the plant construction, they failed with no doubt. After a series of large scale anti-PX protests in China, the initial support from mainstream media was replaced by imploring the public to remain calm and claiming that China needs more PX manufacturing – otherwise the chemical industry will lose out to Korea and Singapore. The protests in Gulei thus were labelled as “nimbyism”. After two explosions erupted in 2013 and 2015, to protect their children and senior citizens from the air pollution, the local residents had to abandon their livelihoods and moved away from their hometown. They are so called “Environmental Migrants”. 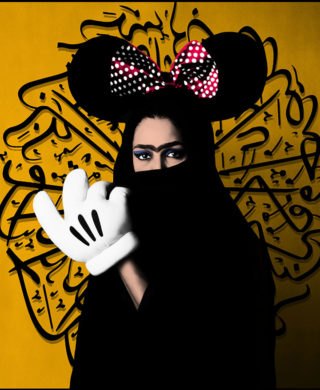 Abstract: This image belongs to a photographic series that I made as part of the creative practice of my research. The intention behind this work is to criticize the continual representation of Islamic women in the contemporary art world as veiled, subjugated and suppressed. The veil—seen as a sort of forced enclosure—has become the dominant mode of representing Islamic women in the West and it either serves as a symbol and tool of oppression, or is celebrated as an exotic commodity. Through creating these images, I intend to emphasize the reductive interpretation of the identity of Muslim women in the West and praising of such imagery as an attitude bound up with aspects of exoticism. 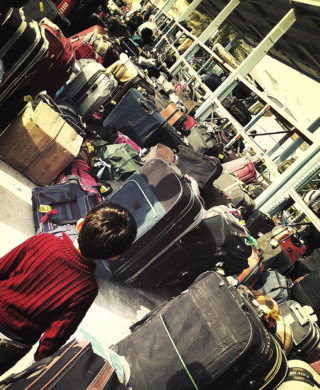 Title: He Stood There To Watch

Abstract: We finally visited our homeland Palestine.  On the border, despite our Australian passports we were ushered to the wrong bus with Palestinians crossing to Jordan. The painfully surreal moment came when my son stood in utter shock looking at all the suitcases thrown in an undignified way. Palestinians suffer this kind of treatment daily. Sadly, this is nothing compared to their harsher and much dangerous life experiences they endure. This scene reignited my drive to do my PhD. Through my interactive installation I want people to experience part of what it feels for Palestinians to be living under occupation. 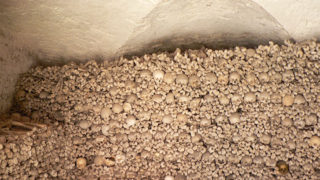 Title: Relics of Pilgrims Past

Abstract:  To research my creative-practice PhD, I retraced a medieval pilgrimage route through Europe. These are some of the bones of the past I encountered beneath a German chapel. They date from c.1400. And here is how one of them reappears in my fourteenth-century-set historical novel, discovered in the satchel of a miracle-hungry pilgrim:

One bewhiskered guard is holding up my skull.

Not my skull, Lordings, but the one I purchased at so dear a price yesterday down a particularly narrow and winding Cologne Gasse. It belongs to one of St. Ursula’s 11 000 virgins.

“You … you English bone thief!” 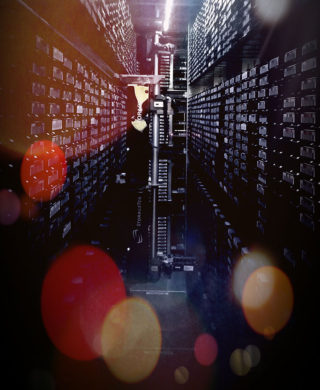 Abstract:  This photo shows a secured tape library at the Perth’s Pawsey Supercomputing Centre. It is an ultra-modern and highly intelligent data back-up on tape management system. My study focuses on information behaviour of Higher Degree by Research students in Design and Arts courses. This enhanced image and title advocate the 1968 epic science fiction film “2001: A Space Odyssey”. Its interpretation of an inner space and puzzling imagery signifies the themes of my study on the relationship between human information seeking behaviour and creative production. It represents my view of an artist’s mind while seeking information for creative inspirations. 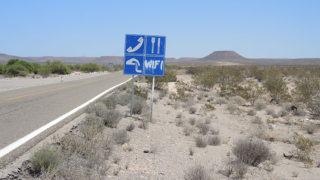 Abstract:  My research explores how travellers share their experiences on social media. One interesting component of my study is investigating the way in which different connectivity standards influence how online travel narratives are told. This photo was taken in Mexico’s sparsely populated Baja Peninsula. The graffitied road sign attests to the increasing presence of the Internet in remote locations while affirming its status as a near essential service in western lifestyles. Adorning a popular traveller’s route, the sign’s makeshift alteration (performed, presumably, by the owner of a nearby rest stop) highlights the role of travellers in extending networks of connectivity. 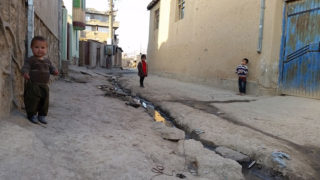 Abstract: Many cities around the world, especially in developing countries, suffer from informal and poor quality urban development. This photo shows how the informal settlements deprive children from having a playground for playing and enjoying their childhood lives which could endanger their health and safety playing on squalid streets. My research is about developing a policy and management framework for such areas through Land Readjustment to let the basic social infrastructure and amenities including asphalted widened roads, proper sewerage and drainage systems, green space and parks, playgrounds, schools, hospitals, etc. in the community based on the best practices, policies, and strategies. 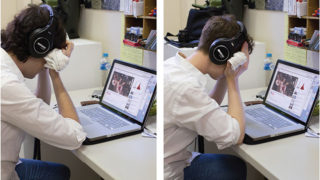 Abstract: My thesis is an examination of the methods of engaging with audiences in participatory art. The series Imposter Syndrome explores exchange as one method of generating participation. I invited twelve non-artist friends and colleagues to exchange their identity with me. Participants worked in the studio, performing my identity as an artist, whilst I left and took on their identity and activities. When I returned, I documented their actions, and then photographed myself in the same situation, to reaffrm my authorship in their actions. The project raises questions about identity, authorship, and the outsourcing of creative and conceptual work.